Born in 1964 in Šabac, Rade Vojinović graduated from Faculty of Economy in Novi Sad (department of International economic relationships) and received a master’s degree from Scuola Superiore Enrico Mattei in Milan, (Master Degree in Management and the Economics of Energy and the Environment). He gained experience, during and after the studies, in various companies and banks in Greece, Italy and the USA. He started his career in the nineties in private companies and entrepreneurship, but has been working in banking since 1996. In his 16-year-long career he has occupied the following positions: collections and billings department manager in Vojvođanska Bank ad Novi Sad, branch Manager of Kulska bank a d Novi Sad., Manager of Business division in Hypo-Alpe-Adria Bank, Belgrade. He has been Deputy General Manager at Hypo-Alpe-Adria Bank since 2005 and has been member of the banks executive board since 2006. He is a member of Serbian Association of Managers. Rade Vojnović speaks English and Italian. He lives in Novi Sad is married with two children.

Jasna Terzić has been Executive Board Member at Erste Bank for 12 years. She is responsible for commercial banking with individuals and small enterprises, marketing and human resources. She has been in banking for two and a half decades. She is active in a number of bodies related to financial sector. She has a degree in international economic relationships. She believes her responsibility involves strategical alignment of interests of clients, employees and shareholders, which poses new challenges before her on a daily basis.  She particularly focuses on improvement of banking services in accordance with technological advances and client’s needs. She is an active participant in Mentoring programme intended for economic and professional empowerment of women in Serbian society, as well as of Superste Programme oriented towards empowerment of individuals and groups of young people in order to achieve considerable advances in culture, arts and education in Serbia.

Born in 1959 Dragica Janković, graduated from the Faculty of Economics in Novi Sad and defended her magister thesis in Health Insurance at Faculty of Economics in Belgrade. She then received a PhD degree from Singidunum University, where she defended her doctoral thesis entitled Development of private health insurance as contribution to the reform of health care system in Serbia. In addition, she is a certified accountant and actuary. Dragica Janković has started her career in Dunav osiguranje where she got employment in 1985. In her career she has occupied the following positions: financial manager of the main branch, deputy manager and then manager of the main branch of Dunav osiguranje in Loznica, then certified actuary at Dunav osiguranje Belgrade, Statistics department manager and Actuaries and Risk Management Department Manager. In May 2016, she was elected Executive Board Member at Dunav osiguranje in charge of Actuaries and Liquidity Risks Management, Non-life insurance division, life insurance division, Damage division. In addition, Dragica Janković worked as Professor at Novi Sad Business School until 2015 for insurance-related subjects. She has published a number of scientific papers on topic of insurance. She is also a member of Actuary Commission, Actuaries’ Association of Serbia, and International Actuary Association. She is currently chief editor of a magazine “Insurance trends”

Born in 1962 in Karlovac (Croatia), Blazenka Mandic graduated from The Faculty of Economics in Osijek in 1985. She is a certified accountant. From 1985 to 1994 she was head of accounting department.  From 1994 to 2013 she was employed as financial manager at Stylos. In 2013 she was nominated Deputy General Manager at JP Srbijagas and she has been performing this job since then. She has a significant experience in business and management. She is married and has one child.

Born in 1978 in Zrenjanin, Nataša Pavlović graduated from Faculty of Sciences in 2002. She defended her thesis entitled “Touristic potential of salasi/farms in Becej” She then enrolled postgraduate study programme Management in Services at The Faculty of Economics in Subotica where she defended her PhD thesis entitled “Application of the concept of total relationship marketing in work of small and medium enterprises in tourism industry in Vojvodina ” in 2015. In 2003, she became an associate in Tourist Organization of Vojvodina. Then she was deputy manager from 2007 to 2009 and since 2009 she has been on the position of manager at Tourist Organization of Vojvodina.  In addition to marketing related activities she has also been involved in designing and implementing local and international projects in the field of tourism, economy and the disabled. She has published over 20 papers in Serbian and international journals in the field of tourism and economics. She speaks English and Italian. She has one daughter.

Born in 1965 in Zrenjanin, Natalija Kurjak graduated at The Faculty of Agriculture in Novi Sad, department of plant protection. In 1990 she started working at the Agricultural Institute in Zrenjanin where she mostly worked on jobs related to plant protection and marketing in agriculture, and was for some time at the position of the general manager. She continued her career in Delta Holding, Delta Agrochemistry as associate for plant protection and marketing in agriculture. She has been with Victoria Group since 2005. First she was marketing director of mineral fertilizers plant Fertil from Backa Palanka where she worked to strengthen the position of new fertilizers in Serbia. Then she was responsible for positioning of the brand of Iskon oil on Serbian market. And was brand manager for Sojavita. Then she became Marketing Manager. She was responsible for company’s social responsibility programme and managed numerous projects from this field. She was also company’s PR. Today she is Marketing Manager at Victoria Logistic, a part of the Victoria Group.

Born in 1968 in Bač (Vojvodina, Serbia), Robert Čoban graduated from faculty of Law in Novi Sad. In 1990, he started working as a journalist – at the beginning as a reporter from Novi Sad for “Večernje novosti” from Belgrade, “Arena” from Zagreb and “Naši dani” from Sarajevo. He cooperated with magazines “Vreme” and “Stav”. In 1992, he starts publishing a student mensual magazine “Index” with a group of students. After the first two issues the entire editorial staff was replaced and “Nezavisni index” was published which will later become “Svet” from which the publishing company Color Press Group grew. He is at present at the head of the Color Press Group the biggest newspaper and magazine publisher in the region with companies in all 6 ex-Yugoslav republics. The Group is responsible for 72 magazines, 15 internet portals and over 80 conferences per year. The company’s portfolio includes numerous licenced magazines: “The Economist”, “Hello!”, “Gloria”, “Story”, “Lisa Moj stan”, “Brava Casa”, “Bravo”, “Alan Ford”, “Grazia”, “Jamie Oliver Magazine” etc.

Milan Šolaja  has been managing Vojvodina ICT Cluster since 2010, where he has been using valuable experience he gained in managing international projects and his knowledge of Serbian IT sector to develop the cluster and achieve the goals he has set forth. Vojvodina ICT Cluster is currently established as one of the best organization of this type and has pave the way for other clusters. Milan Šolaja is probably the greatest supporter and promoter of IT industry. He has been raising the awareness of the importance of this industry and its potentials. He has also worked as consultant in the field of investments, finance and international projects, focusing on IT. He is married and has two children.

Dragomir Đukić – Secretary of the Chamber of Economy of Vojvodina 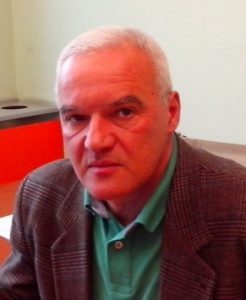 Dragomir Đukić graduated from The Faculty of Economics in Subotica and did postgraduate studies at BK University in Belgrade in Management in traffic and communications. He was deputy general manager at PE Post of Serbia. He was member of Managing Board of Continental Bank and Poštanska štedionica Beograd for eight years. From 2000 to 2001 he was manager at the Austrian company JU-GRIMEX. From 2001 to 2002 he was manager at TRGOCOM. He is a member of working group for development of project of short-term development of Vojvodina in charge of infrastructure. He has been employed at The Chamber of Economy of Vojvodina since 2003. He is one of the founders and the first president of Managing Board of Provincial Talent Centre. 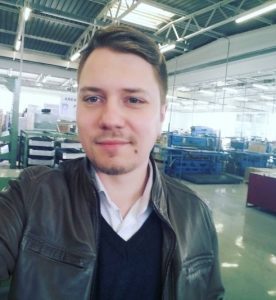 Marko Pećanac finished Specialist studies at Novi Sad School of Business with honours with average grade 10.00. He has been Advisor to the Prime Minister in charge of direct foreign investments since 2013. He has taken part in implementation of strategic investment project in Serbia for companies such as: Bosch, Siemens, Panasonic, Continental, Tigar Tyres, Magna, PKC, Lear etc. He specialized in development and management of industrial zones. He took part in projects in the industrial zones in: Subotica, Kikinda, Novi Sad, Smederevo, Kragujevac, Niš, Priboj, and Vranje. In addition, he has been in managing positions at the following companies: FAP Corporation Priboj, MSK Kikinda and Energoprojekt Holding.